Patterned behaviors are like cows that walk the same paths from the barn to the pasture and back again every day. There’s a big world out there, but the cows are trapped in their cow paths and they never get to experience it.

Humans are a lot like that, too, only our cow paths are the repeating patterns of thoughts, emotions, and actions in which we are trapped. In other words, our habits.
Automatic behaviors are powerful forms of addiction. They make us numb and anxious, in part because like all addictions, they do not solve the problem that they are addressing. Instead, they keep the cycle of dissatisfaction, anxiety, fear, and anger alive in us, which ironically sustains our pain.

Since the emergence of human consciousness, a fear-based, shadow mind — and its many habits — has been passed down through the generations. I refer to this part of us as the ancestral mind. The ancestral mind experiences life as a state of separation from all others, from the earth, from our Source. It is the basis for people competing for resources and the lonely struggle for survival. It drives us to act from fear, anger, greed, hatred and violence.

The ancestral mind endures for several reasons.
First, because we are unconscious of its presence within us. We are unaware that an aspect within us drives fear, anger, greed, hatred, and violence.
The second is that it has subtly but effectively caused us to believe in our aloneness, separation, powerlessness, and victimhood.
And the third is that it has convinced us of its false promise, which is that the habits it has enforced upon us can save us from our fear, anger, and the uncertainty of life. But nothing could be further from the truth.
As long as we are under the yoke of the ancestral mind, and its powerful habits, we have no power and no freedom to love, to heal, and to create. 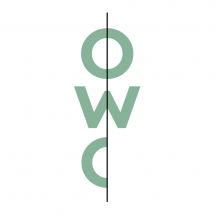